Arlene Gregoire retires from the City of Ottawa.

Ms. Gregoire’s thirty year career in municipal government began with policy and by-law development and progressed to management positions in the former City of Ottawa. She was appointed as Director and Chief Building Official soon after amalgamation in 2001.

Ms.Gregoire graduated from the University of Ottawa with two degrees: a Bachelor of Business Administration and a Bachelor of Letters of Law (Common), and completed her Bar admission qualifications in 1984.

Arlene was very supportive of the OBOA, including Co-Chair of the 2007 AMTS in Ottawa, and 2016 AMTS application.

Arlene was instrumental in creating the Building Official Intern Program for the City of Ottawa, with now over 40 Interns enrolled since inception.

She received the Yaman Uzumeri award in 2010.

Arlene was a member of the Golden Triangle Chapter of the OBOA and as an employee of the Corporation of the City of Ottawa, as a qualified and respected Chief Building Official in the Province of Ontario. 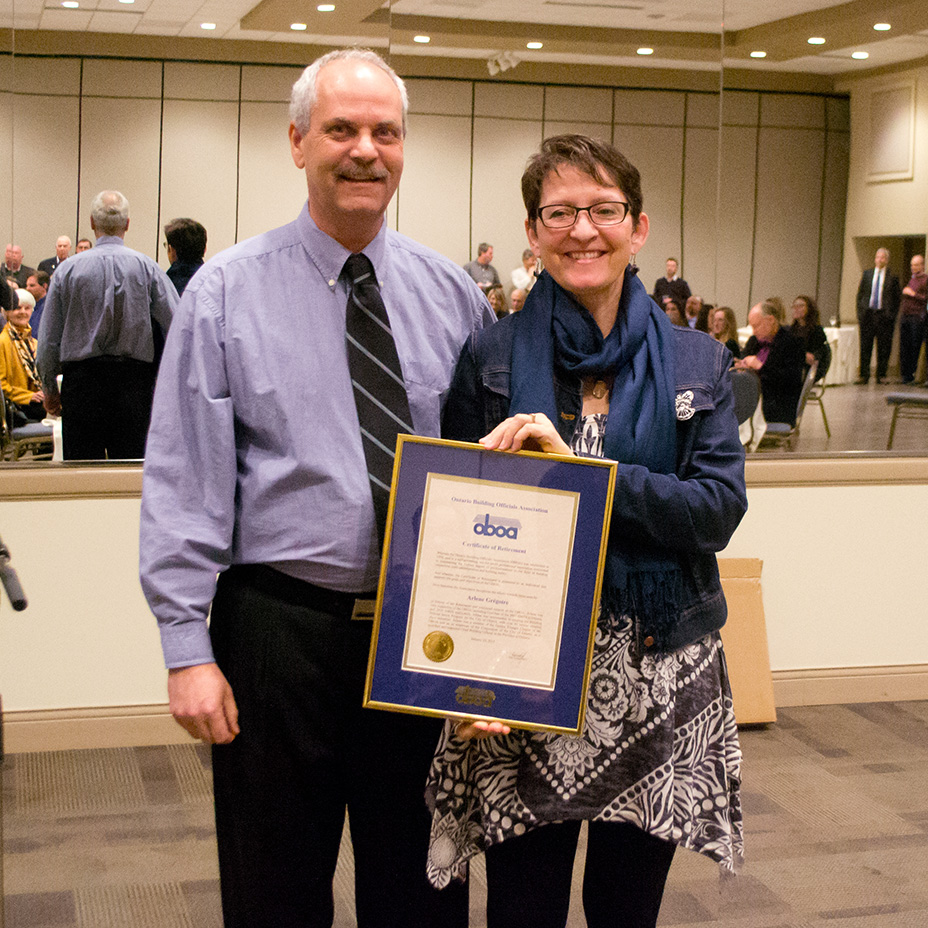