Terry Willing has officially retired as Kingston CBO after 33 years of public service.

Terry was orginally hired to work in the Engineering Department and after 3 short years moved to Building where he remained until retirement!

Terry is a former OBOA Board of Director, he was the Chair of the Certification Task Force. That must have been a long time ago because I never heard that term!

Terry earned his CBCO, one of the pioneers in the forming and naming of the Land of Lakes Chapter and was Chair of the very successful 2008 OBOA AMTS (Kingston).

Terry was also presented with the Andy Kidd Award!

Congratulations Terry on your retirement and thanks for all your support over many years to benefit the Association and id it’s members! 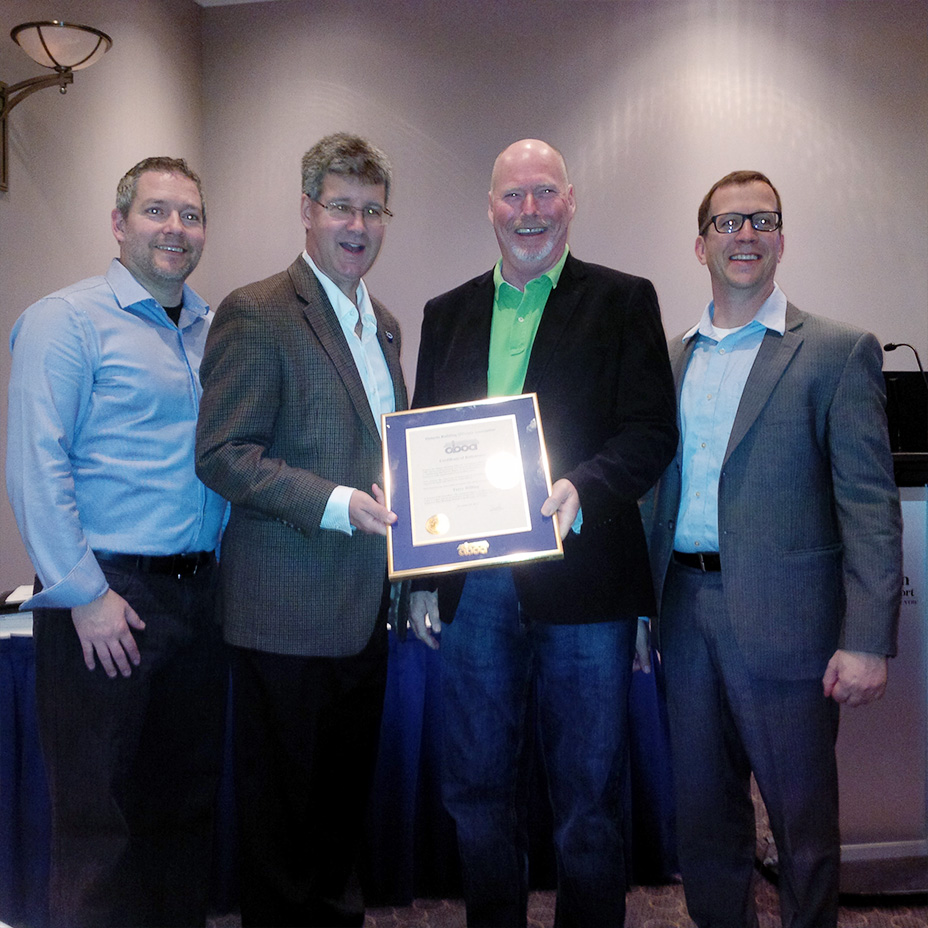